The best caves in Ibiza and Formentera

DISCOVER THE BEST CAVES IN IBIZA AND FORMENTERA.

The magic of the island is not only in its beaches, on the island there are thousands of caves but now we are going to show you, the caves that you have to know according to the experts of Blue Ocean Ibiza.

COVA DE CAN MARÇÀ (THE CAVE OF SAN MIGUEL): 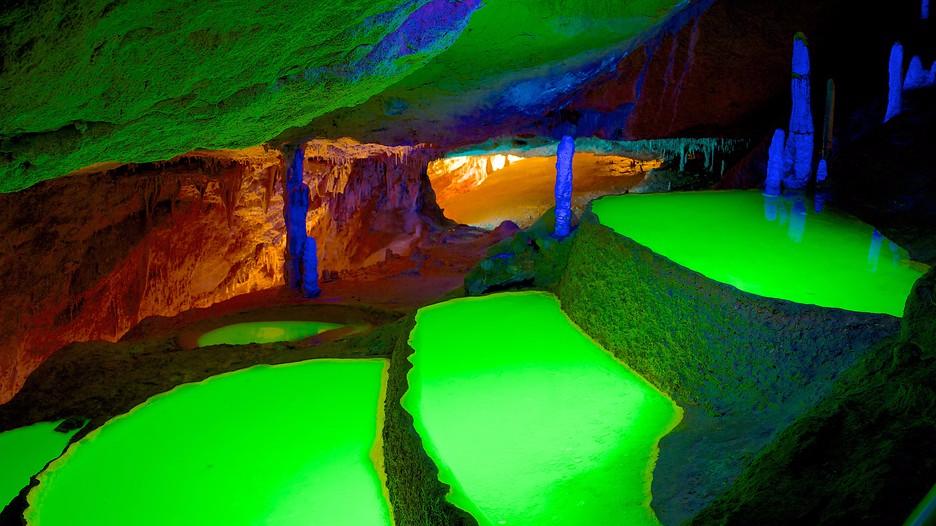 Can Marçà cave represents one of the most visited tourist attractions in the north of the island. The cave offers a 40-minute tour around stalactites, stalagmites, waterfalls and small lakes, and is located on the cliffs of Port de Sant Miquel. It was discovered by smugglers in the area, who accessed it through an opening located 10 meters above sea level. From their boats they hoisted the merchandise and hid it inside until its removal was safe. In the 1970s, the Belgian spelunker Jean Pierre Van der Abeelle visited her for the first time, guided by local residents. A few years later, the owner family refurbished it by recovering the waterfalls and streams that existed in the cave in ancient times and creating a unique show of light, water and sound. 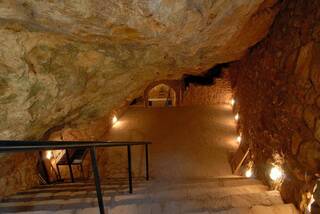 It is a natural underground cavity that is located very close to the urban center of Sant Antoni de Portmany. It has an irregular plan, with a relatively large room and other narrower galleries. Tradition tells that one stormy night in 1300, the eve of the feast of Saint Bartholomew (August 24), the crew of a ship promised that, if they managed to save their lives, they would deliver the image of Saint Agnes that they carried to the inhabitants from the first port they reached. Sant Antoni became the longed-for sanctuary and the carving was preserved in the Holy Cave, well known in 14th century documents. Another legend explains that the parish priest even tried repeatedly to take the image to the church of Sant Antoni, but every night it disappeared and mysteriously returned to the cave. 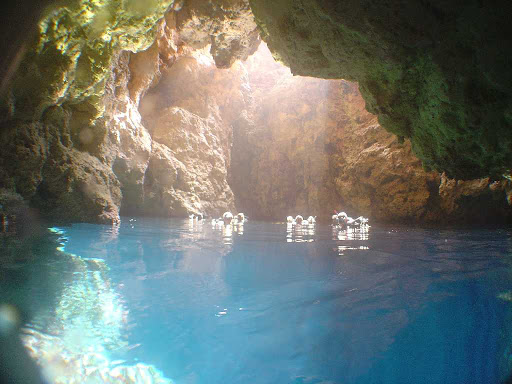 This cave, also called Cueva de la Luz, is located in the northwest of the island. It is an underwater cave that is quite difficult to access, both by land and by sea. Located in the north of the island of Ibiza, Na Coloms known as Ullal de na Coloms or Avenc de na Coloms, although lately it has also been known by divers as La Cueva de la Luz, it is one of the most secret places and inaccessible throughout the island of Ibiza. It is a cave located a few meters from the sea and flooded with water through an underwater gallery through which the Mediterranean water enters. In a colloquial way, we could say that it is a natural pool in which the water is constantly renewed through a large aquatic tunnel. 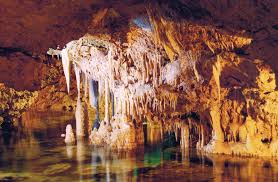 Cavern with ceilings up to 10 meters high, containing stalactites, stalagmites and huge columns. It is located within the area of ​​prehistoric caves where they found remains of the first settlers of Formentera, between 1800 - 2000 BC. This cave stands out for the possibility it offers to enjoy incredible views of the entire island and an extraordinary sunset facing the sea. 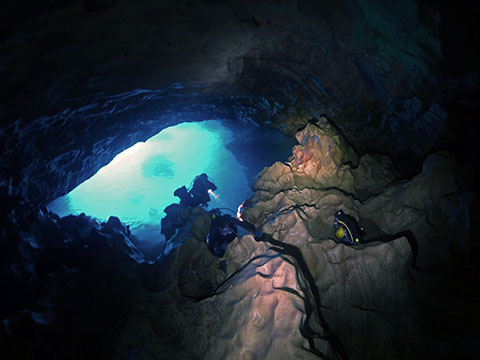 It is located south of Punta Rasa, about fifteen minutes of navigation from the port of Formentera. A few meters from the anchoring point, which is 16 meters deep, we find the entrance to the first of the caves. This leads to a wide gallery suitable for all levels, and the light from the entrance illuminates part of the cave. It is an optimal dive for beginners (10-12m) although it is a highly demanded dive also by more expert divers due to the marvel of light contrasts, the fish, and the galleries that form the caves. In addition, you can access an air chamber and make a small caving visit inside. 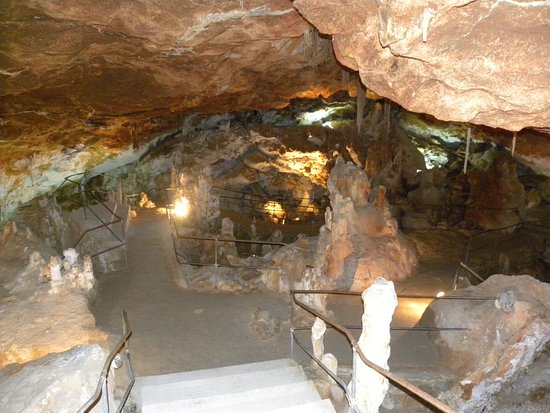 A large, vaulted limestone cave that was discovered in 1975 when the owner of the nearby house was digging a well. According to scientific studies, the cave is approximately 3 million years old and the oldest stalactite is around 450,000 years old.

These are some of the caves that we believe that you cannot miss the opportunity to visit, so also some of these caves you can visit both by land and by water, but there are some that can only be accessed by water and for that you can rent a boat by Blue Ocean Ibiza.

We already have a winner of our free charter in 2020

Book now your charter in Ibiza for summer 2020